While America Sleeps: A Wake Up Call for the Post 9/11 Era

Find out what it was like to be a leading Democratic Senator during the presidencies of Bill Clinton and George W. Bush and hear Feingold's forward-looking strategies for citizen engagement and congressional reform so Americans are not caught offguard by another terrorist attack.

Russ Feingold served as a Democratic U.S. Senator representing the state of Wisconsin for 18 years. He served as a state senator prior to his national election. Since 2013, he has served as special envoy to the Great Lakes region of Africa. 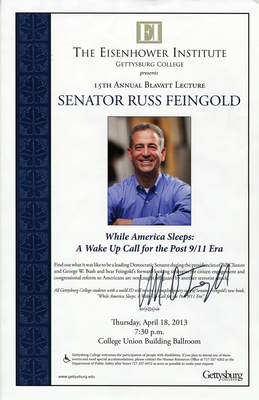