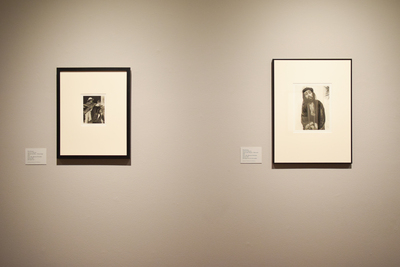 Schmucker Art Gallery is pleased to announce a new exhibition of photographs by two remarkable modernist photographers of the twentieth century, Paul Strand (American 1890-1976) and Manuel Álvarez Bravo (Mexican 1902-2002). During the 1930s, a moment of great cultural and political transformation in Mexico, Strand and Álvarez Bravo took as their subject the cultural and social realities of Mexico without resorting to overtly picturesque styles or stereotypical subjects. Made in the aftermath of the Mexican Revolution and among other artists who sought to document Mexico’s new national identity, Strand and Álvarez Bravo fostered the idea of mexicanidad, the notion that the essence of Mexican national identity can be understood in terms of its rural and indigenous cultures. Their resulting photographs, each reflecting the artist’s particular politics and aesthetics, can be understood as definitively modernist. With a careful eye toward abstraction, a keen awareness of cubist precedents, and a willingness to see the extraordinary in seemingly ordinary subjects, the two artists provide a sense of the cross-cultural dialogues and profound artistic efforts of Mexico’s cultural renaissance.